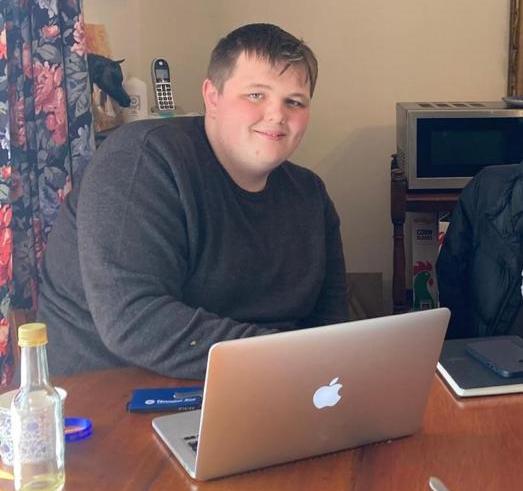 We were contacted by a father asking if we could offer employability support to his son, Dylan.

Our Wellbeing Coach Jo Reames, contacted Dylan to discuss what help he needed. Dylan was a very well-mannered, pleasant, likeable young man who disclosed that he was on the autistic spectrum and had struggled with some aspects of mainstream education.

He was currently undertaking an I.T. course at Coleg Gwent. Dylan went on to explain that he had a real passion for computers. From a young age, he had been rebuilding and repairing desktops and laptops as a hobby and wanted to apply for an I.T. Apprenticeship with Ebbw Fawr Learning Community.

Jo then supported Dylan in tailoring his CV and application to meet the role’s requirements. A few weeks later, Dylan was invited to interview. To strengthen his current I.T. experience, Jo arranged a volunteering placement with Sirhowy Woodlands C.I.C. to update their website. Dylan received excellent feedback from his placement and Jo then delivered an interview technique session to ensure Dylan was well prepared for the real thing.

A few days after his interview, he was contacted by Ebbw Fawr to offer him the apprenticeship saying his interview was exemplary and he was the standout candidate.

Dylan started his new role a few weeks ago and said that he loves his dream job and is very grateful for his support from Jo.

I’m sure you’d all like to join us in congratulating Dylan for achieving his dream job. If you want help finding your dream job, please get in touch with our Wellbeing Coachs on 0300 303 1717 or drop them an email at talktous@taicalon.org. You can also find more career advice on our website.