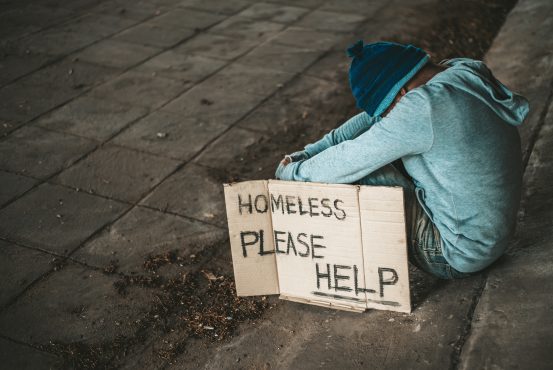 We were contacted by several concerned residents regarding a 32-year-old homeless man called Rob.

He suffered from mental health issues, and had been sleeping in a secluded wooded area of Tredegar. Rob was not keen on leaving Tredegar because he had strong links to the local community.

During the daytime, residents were checking on Rob and supplying him with food. Unfortunately during the bad storms, he became severely ill and was admitted to the hospital, where he remained in hospital for a week.

Once discharged, he was back to sleeping rough.

A two-bedroom property became available in the Tredegar area. Working alongside the homeless team, Tai Calon managed to get Rob a home.

Rob has been referred to the organisation Platform, which will help support him with his mental health, and sustain his tenancy. He signed the tenancy agreement in July and has settled into the property, making it his own.

Tai Calon arranged a food voucher for Rob at the beginning of his tenancy as he had been unable to claim benefits for buying food due to being homeless for so long. Now, with a permanent address, Rob can now open a bank account and apply for Universal Credit.

Rob was overwhelmed with the speed and support he received from Tai Calon. Rob also has a passion for art, particularly painting and drawing and so this new home gives him the opportunity to pursue this interest when time allows.